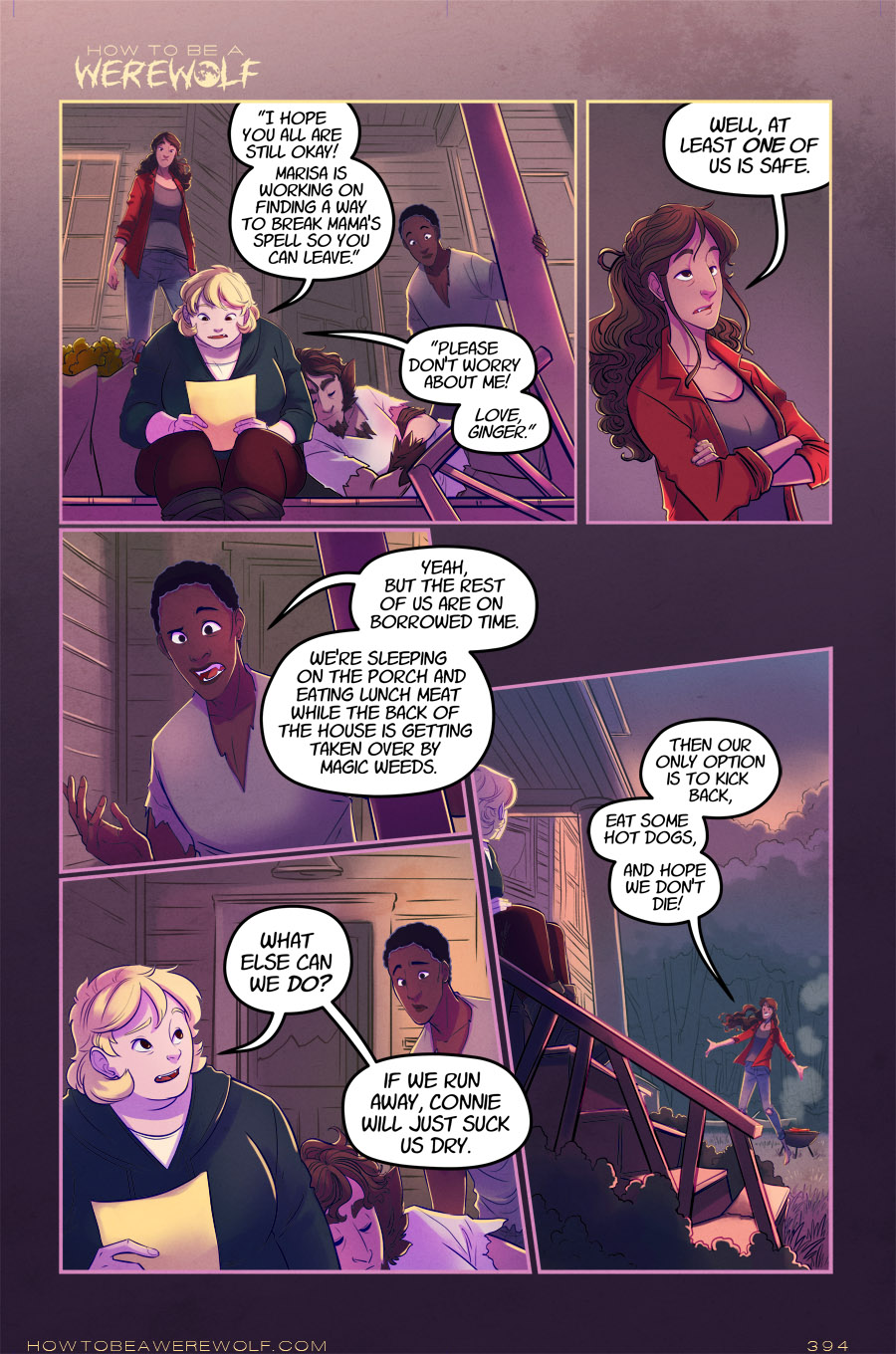 Vote over at TWC and you can see a panel from tomorrow, where Ginger is pissed about apples.

I'll be out of town hardcore for Christmas, so there will only be one page next week and one page the week of Christmas. I will...literally be posting on Christmas. Good thing my family doesn't do much that day O_O. So you guys can play catch up on the archive while you're on break or whatever, and we'll resume operations as normal on January 1st, because apparently all my updates are doomed for major holidays. Cool! I'll be checking things on my phone as much as I'm able, but we'll see how it goes. I haven't had to schedule updates using Hiveworks's comic system yet, so that'll be interesting.

Anyway, these guys are still totally boned, but at least they have hot dogs and each other. Tim is faring the worst, though. Possibly because he's always been the squirreliest of this bunch in terms of his transformation. Ginger got the least amount of werewolf, Tim somehow got a little too much? I'll figure it out later, my brain is fried because it's winter and I haven't talked to a human in person since Friday, so I'm going out into the world to buy presents for an underprivileged kid in my community and like...get lunch or something. IDK. I need an adventure, though.