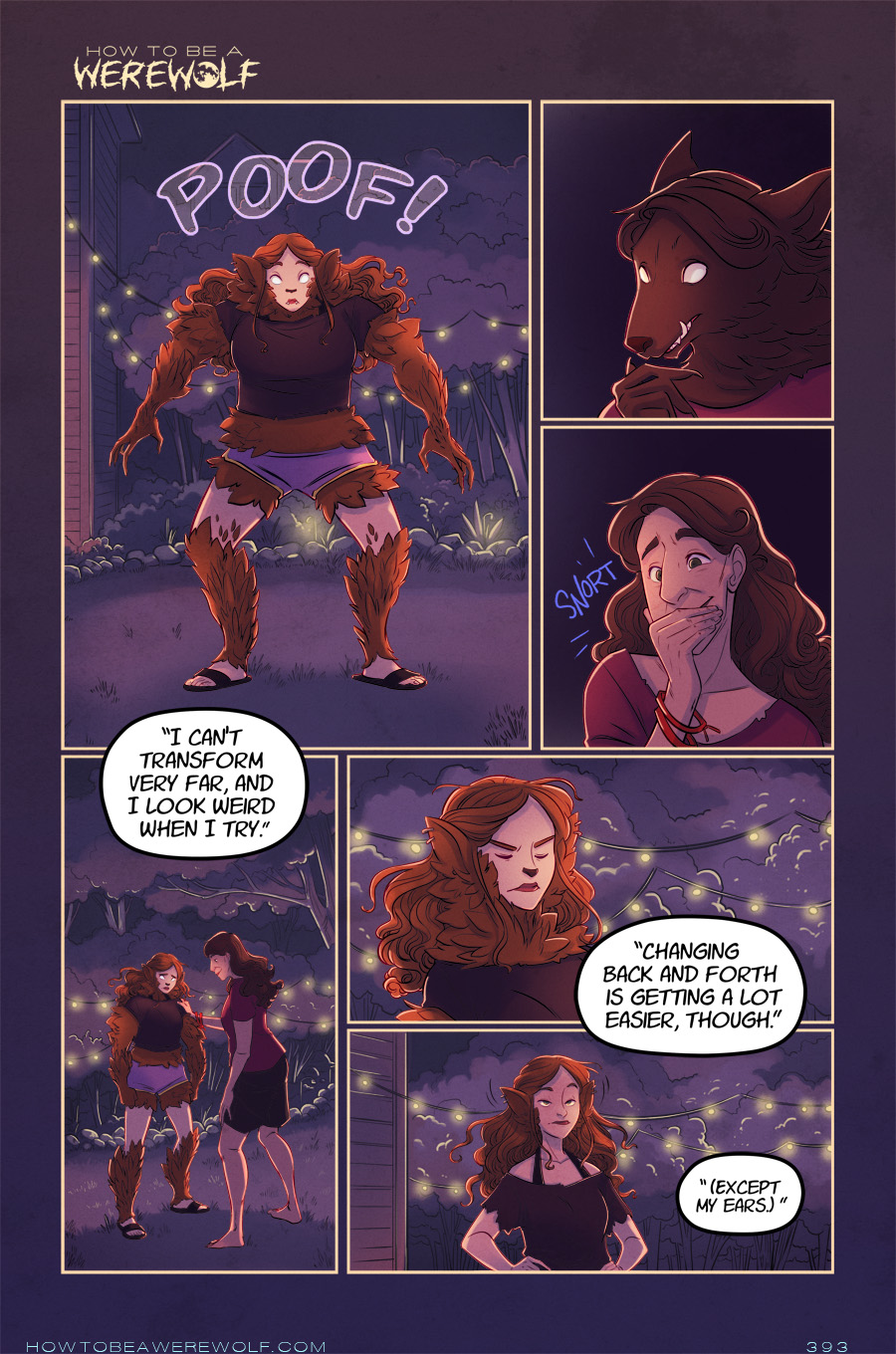 Vote over at TWC and you can see the thumbnails for last week and this week! Scribbles that magically somehow turn into these pages...after hours of grueling work yay!

I feel very gross because I'm coming down with a sinus infection, so that's how my Wednesday is going! And I have to run errands today, because I didn't run them yesterday due to said sinus infection. I'd like to have food, though, and I suppose the dog would be grateful for something to eat other than crumbs for her dinner. It's gross and cold outside, which is why I stay inside as much as possible like everyone else who lives where winter is real.

Another good page to contrast with Malaya's experience! Ginger catches on to stuff pretty quickly, but the results are less than perfect. Unlike Malaya, Ginger's issue is lack of practice and access to her werewolf side rather than fear. In my mind, Elias sees himself as more werewolf than human, Malaya sees herself as about half-and-half but would rather be more human, and Ginger sees herself as human with something extra. Marin sees herself as a werewolf and a lawyer lol. I try to write each character as having a different perspective on this whole werewolf thing, because I think that makes the most sense to me based on how each of them grew up and/or came into werewolfhood.

Okay, gonna go drag my sick ass through the motions to get clean and dressed, then leave the house, then come home and not leave the house anymore until I have to. I'm very lucky because I have a deep claw-foot bath tub, and there's nothing better when you're feeling gross then just sitting there, submerged in a warm cast iron vessel full of water hot enough to cook a lobster.