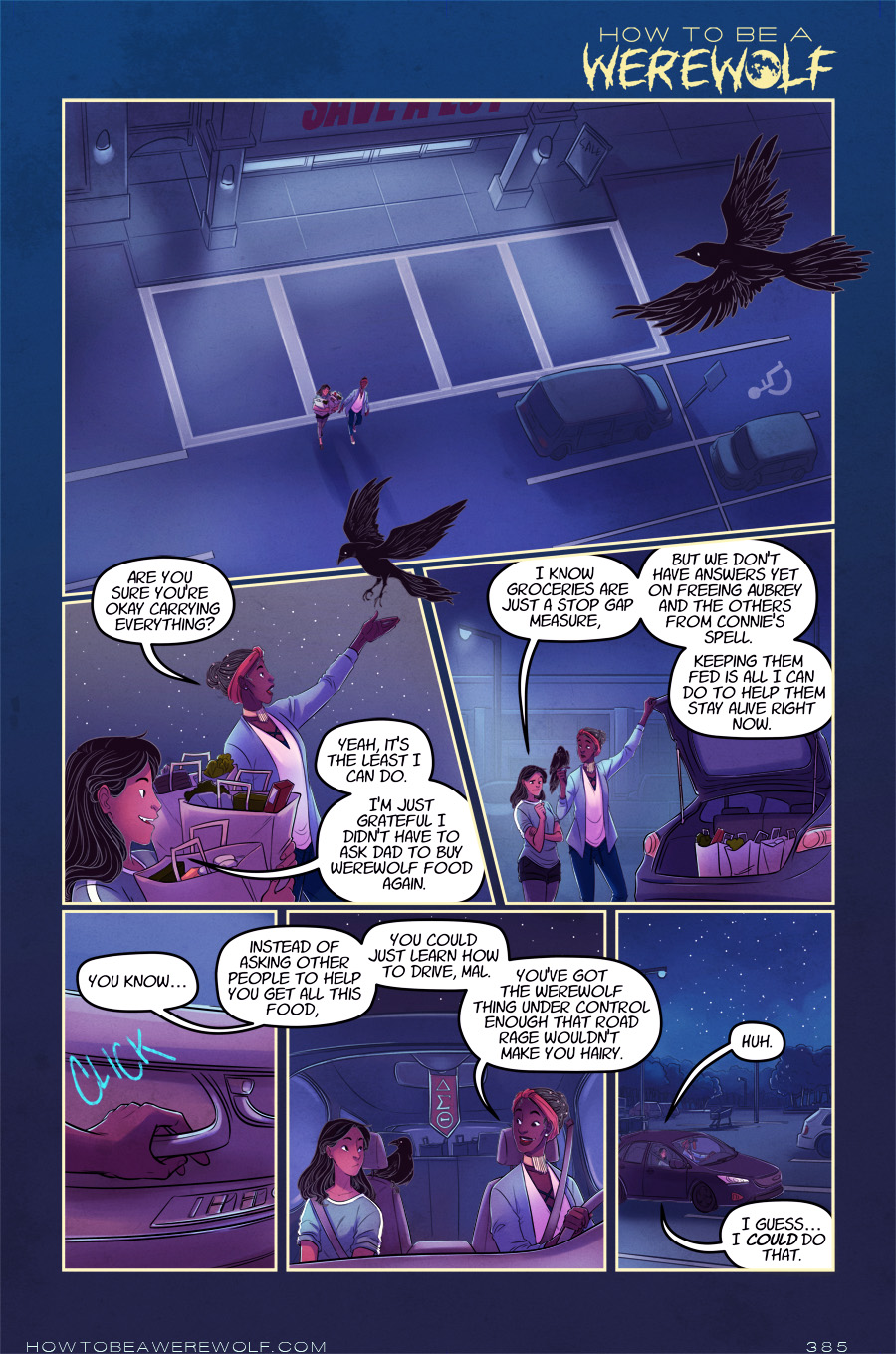 Vote over at TWC and you can get a Halloween-themed desktop wallpaper! I tried to make it an extra incentive, but I can't figure out how anyone sees extra incentives? If you understand how that works, let me know. I'm very confused.

THIS TOOK TOO LONG. Night scenes are hard, because you have to balance "it's dark outside" with "you have to be able to read the comic", and that's a lot of the reason I switched to full color tbh. At least in full color, you can just make everything purple and that pretty much conveys "it's dark outside!", but in black and white, you just muddy things up. But after adding so many layers to adjust the colors, I think it's fine. This page is done.

I realized yesterday that so long as I justify that Malaya's dad is working the cafe (with some employees who came back from spring break maybe), then I can actually use Charlene alongside Mal in her part of this chapter. The majority of the chapter is Elias and Vincent plus a few surprise guests, but I never get a good excuse to put Charlene into the scenes that don't involve the coffee shop. Downside is, we won't see much of Marisa or Marin in this chapter. We're gaying it up in a different direction, sadly. But I'll shove them in somewhere. Such is the side effect of having a cast that's not just a few people! Let it be said that I don't understand the concept of taking things easy on your first project.

Okay, I'm off to be a person! I'm having a small post-Halloween party this Saturday, plus I have to go to an election board meeting this afternoon and poll worker training tomorrow. Let's all just survive until next Wednesday! Oh, and just in case I haven't made it clear somewhere else yet, I'll be off to visit my gramma for a week for Thanksgiving, so likely there will only be one page each week for the last few weeks of the month. Same goes for Christmas! Gotta take a break somewhere :)