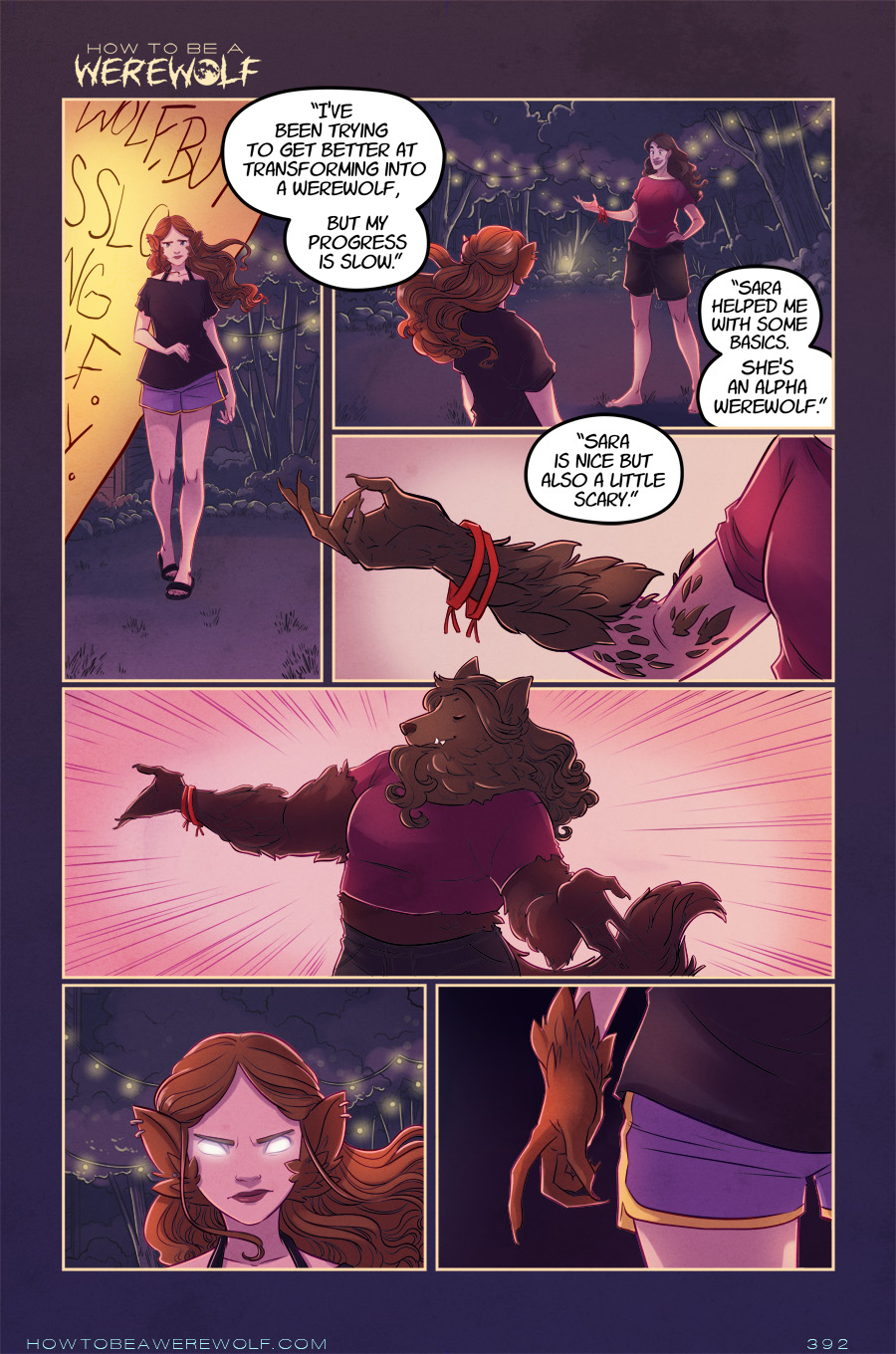 Vote over at TWC and you can see Ginger's transformation, for better or worse lol

I'll come back and finish my commentary here, but I'm on the phone with my aunt >_>

3 hours later: Hi! I'm back! My aunt and I get to talking and then time escapes.

One thing I wanted to show is that there's a contrast in how Malaya was handled initially and Ginger. The cat's kind of out of the bag by this point, and there's not much reason to run everything by the werewolf council because they've already said this is on Sara's shoulders. (And some degree Mal's shoulders, too.) Unlike Malaya, Ginger isn't exactly afraid of being a werewolf. She grew up around the other werewolves, and even though they all lacked in skills, Aubrey and company were still werewolves. They had a little bit of knowledge. Ginger just never had the juice to actually do anything werewolfy before, so she's intimidated in that regard, but it's not a deep fear like Malaya.

Also, by this point, Sara sees Malaya as more of an alpha, even though she has no idea what she's doing. Sara isn't going to step in and tell her what to do. Ginger, on the other hand, is just a regular werewolf. She's not part of Sara's pack necessarily (all the connections get rather mess at that point), but she would give Ginger some basic help like she would any werewolf who's just getting the hang of things. So even though Malaya and Ginger have stories that are somewhat parallel, they're meant to be contrasting. Both of them are coming into their own under drastically different circumstances, with different outcomes as a result.

Okay! I'm off to get my life in order now that I've just been wandering around the house on the phone for 3 hours. If you've been following me on Tumblr, I'll be getting my Pillowfort account up and active when that's available again as a much anticipated alternative. I hate Tumblr and can't wait to escape to a new platform that actually has a user base and activity again.