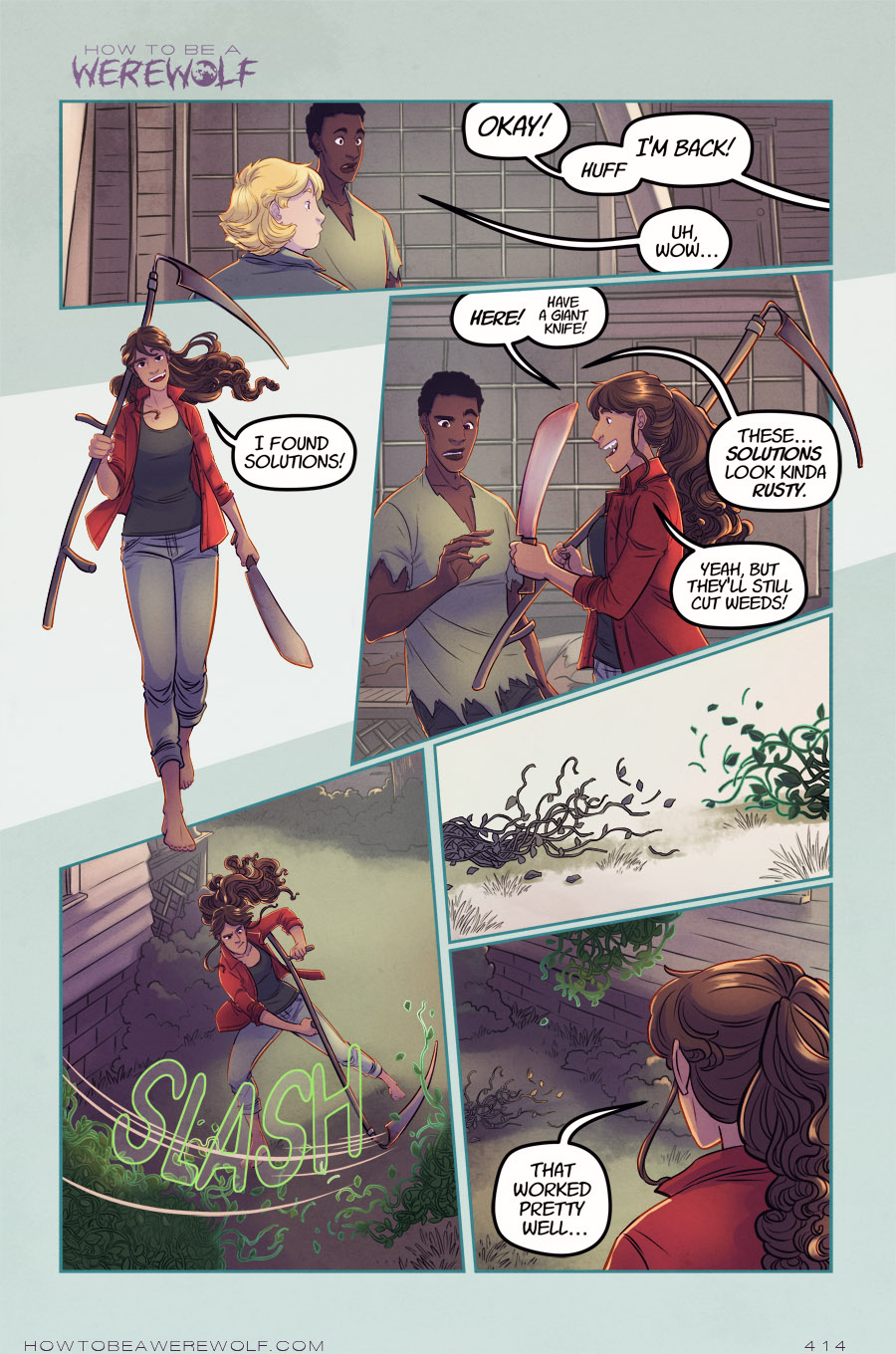 Vote over at TWC and you can see Malaya's opinion of how well Harvey's plan worked out.

"But Shawn, what about the machete?" The machete could be replaced with a pool noodle and it would matter just as much to this story. 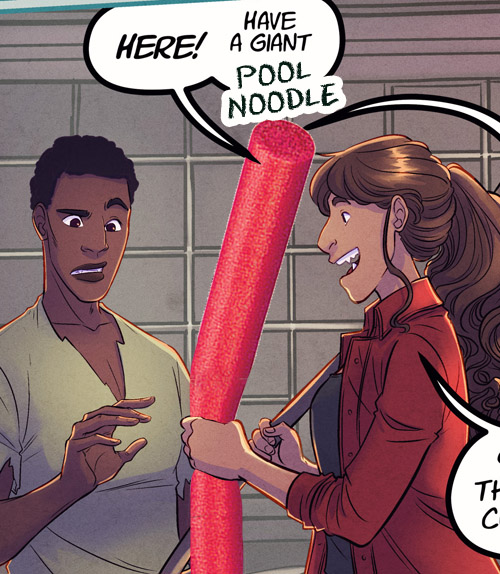 There's a reason they were originally poking the greenery with a giant tree: the vines suck the life out of things. Thus, getting too close is dangerous. A scythe is a much better option, though the machete is good to have on hand just in case. Also, I need a machete. I have things in my yard I could definitely cut with a machete.

As per last week's comment fiasco, here's a handy rule to judge my boundaries:

-Did I forget to color something? Is something blatantly wrong/missing/backwards from a previous panel/misspelled? Go ahead and mention it! I may or may not agree that it needs to be changed, but I don't mind the input. I stare at these pages for DAYS and don't usually notice things if I don't catch them early.

-Did I draw something inconsistently or incorrectly in your opinion? Just...I probably won't agree with you. I have a certain margin of error when it comes to consistency, and as long as something is identifiable as the same object, I don't really care if it's slightly different.

Hell, go back a few chapters and these characters don't even look the same. I reference everything I can, even weird background objects, and I draw as quickly as possible. If something is within my margin of "this acceptably is the same object, possibly at different perspectives or angles", then I'm not going to capitulate that I drew it "wrong". If I went back and beat myself up about everything I rendered imperfectly, this comic would look stiff as hell, and I'd hate myself. I don't hate myself, so I allow myself the ability to not spend my precious time worrying if the angles on a machete aren't perfectly aligned, panel-to-panel and in different perspectives. Do not bug me with that stuff, but definitely don't argue that I'm being an asshole if I don't agree with you. I don't agree with anyone about anything.