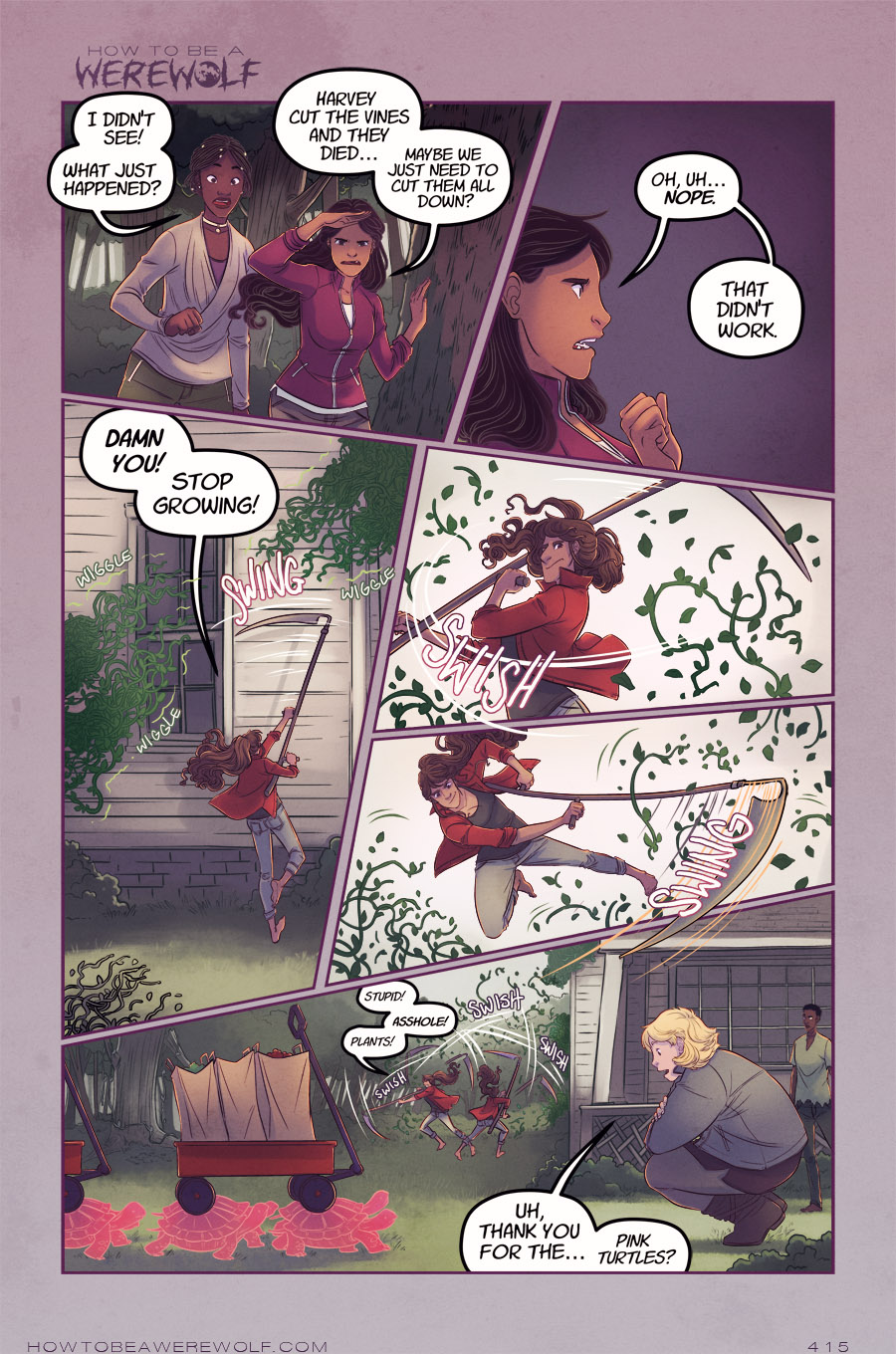 I'm not going to lie to you, Marge. I totally didn't think of the iron connection that you all kept bringing up in the comments O_O. Buuuut, it would be inconvenient for the rest of this story if we could vanquish Connie by some regular ol' gardening tools, anyway. We'll see! I might incorporate that elsewhere, because it gave my brain a jiggle for the last chapter of this arc.

So, cutting the vines is ???sort of??? effective? The vines won't stop growing, but at least the parts that get cut off die. It'll give the werewolves an option to protect the front porch at least. I also got to draw Harvey looking like a bad ass, which was mostly the point of these pages. I need to stop giving everyone such complicated hair, because this all takes way too long to draw and I'm too tired from winter to be putting in so much effort. Let me sleep on the couch until May!