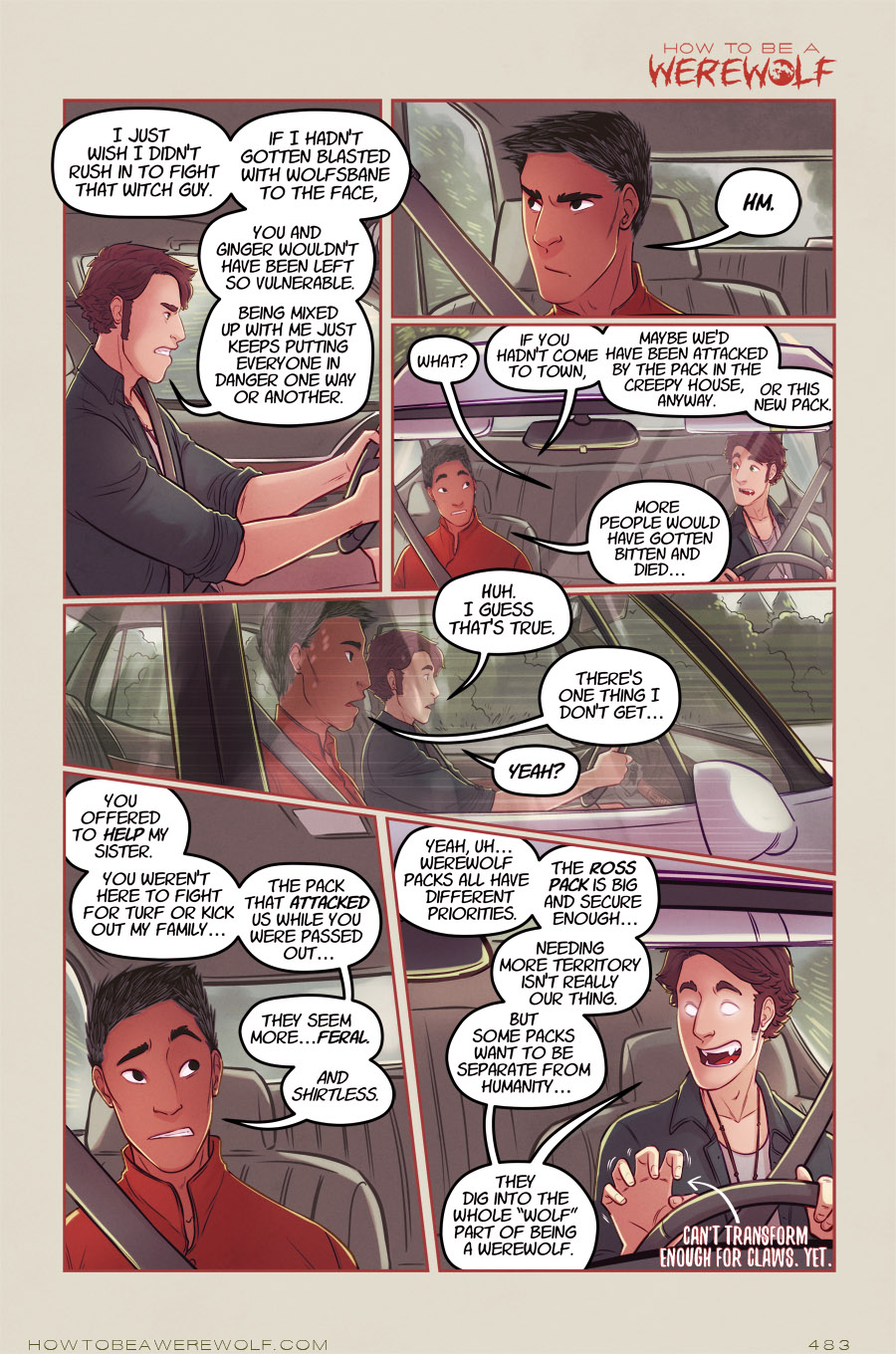 Vote over at TWC and you can get the idea of how much blushing happens in tomorrow's page.

As per usual, Vincent doesn't put up with Elias's self pity and changes the conversation entirely. On the one hand, yeah...if Elias had never shown up, Malaya's family would probably have stayed off the radar for a lot longer and wouldn't be mixed up in all of this. On the other hand...all the werewolves at Connie's house would probably be dead by now, or there would be a lot fewer people jogging in that area because they'd all be dead too.

I like the idea that Elias naturally attempts to demonstrate werewolfiness, but can't actually transform right now, so he's just making claws with his normal hands. At least he can still turn his eyeballs off and on.