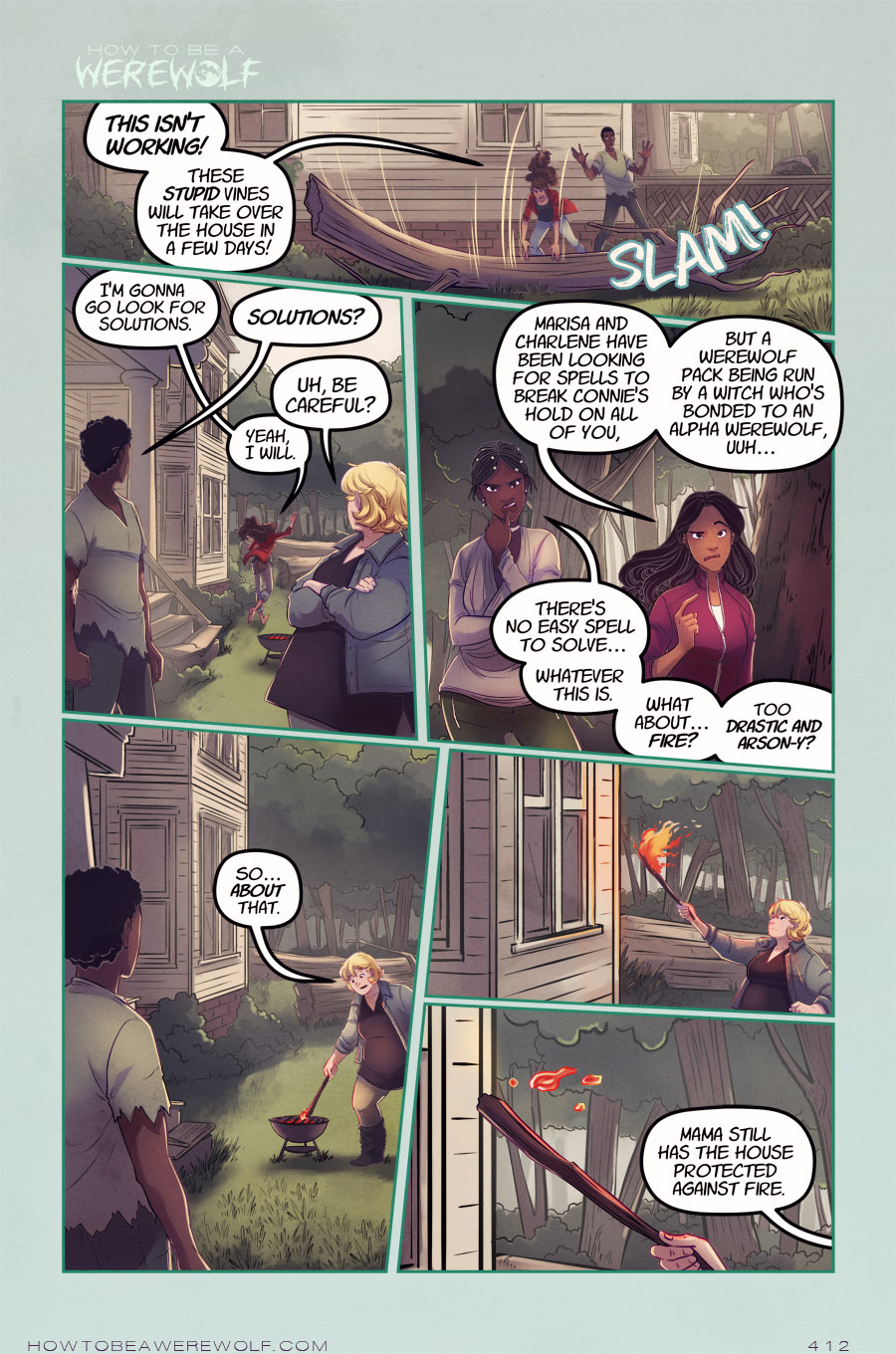 Vote over at TWC and you can see Harvey making progress.

Not gonna lie, I can't focus on posting this page because I have very big plans to make a breakfast casserole this morning...that won't be ready until lunch, but whatever. I just want to throw most of my major food groups into a baking dish and then eventually eat them. (A breakfast casserole is eggs, hash browns, usually milk or cream, cheese, and some sort of vegetables and meat...I'm just adding broccoli and salsa because meat isn't my thing.)

Anyway, this week's pages were not cooperative! I originally started writing this section as everyone discussing the werewolf council, and after some hard thinking and a long bath, I decided that none of that was really relevant and also it was boring. Harvey isn't a calm woman, and naturally she's going to keep taking action if there is action to be taken, so the idea of having her go from being frustrated to just standing around discussing the werewolf council didn't make sense for her personality.

Also, I was struggling to explain how I want the werewolf council to operate in this instance. On the one hand, the council exists to protect the territories of the werewolves who live in Michigan. On the other hand, none of the individual packs want too much interference from each other. They keep track of each other, they police each other to an extent, but aren't necessarily a lifeline to bail each other out of problems. There's a slight antagonism/apathy towards outsiders, even if they're all technically part of the same pack. Whatever I was trying to write was bordering on advocating total Libertarianism or possibly anarchy, so that wasn't working out. I'll either figure out how to explain things more at some other point, or leave these details as background information that informs my story choices, but don't need to be stated explicitly. Either way! I'll see what shakes out.

Okay, I'm off to do weird stuff to eggs and hash browns. I guess that means I had leftover Valentine's Day candy for lunch. Is buying a giant heart-shaped box of candy that says "I love you" on it for yourself at half off very sad or very inspiring? I do love myself, and I do love discount boxes of chocolate.