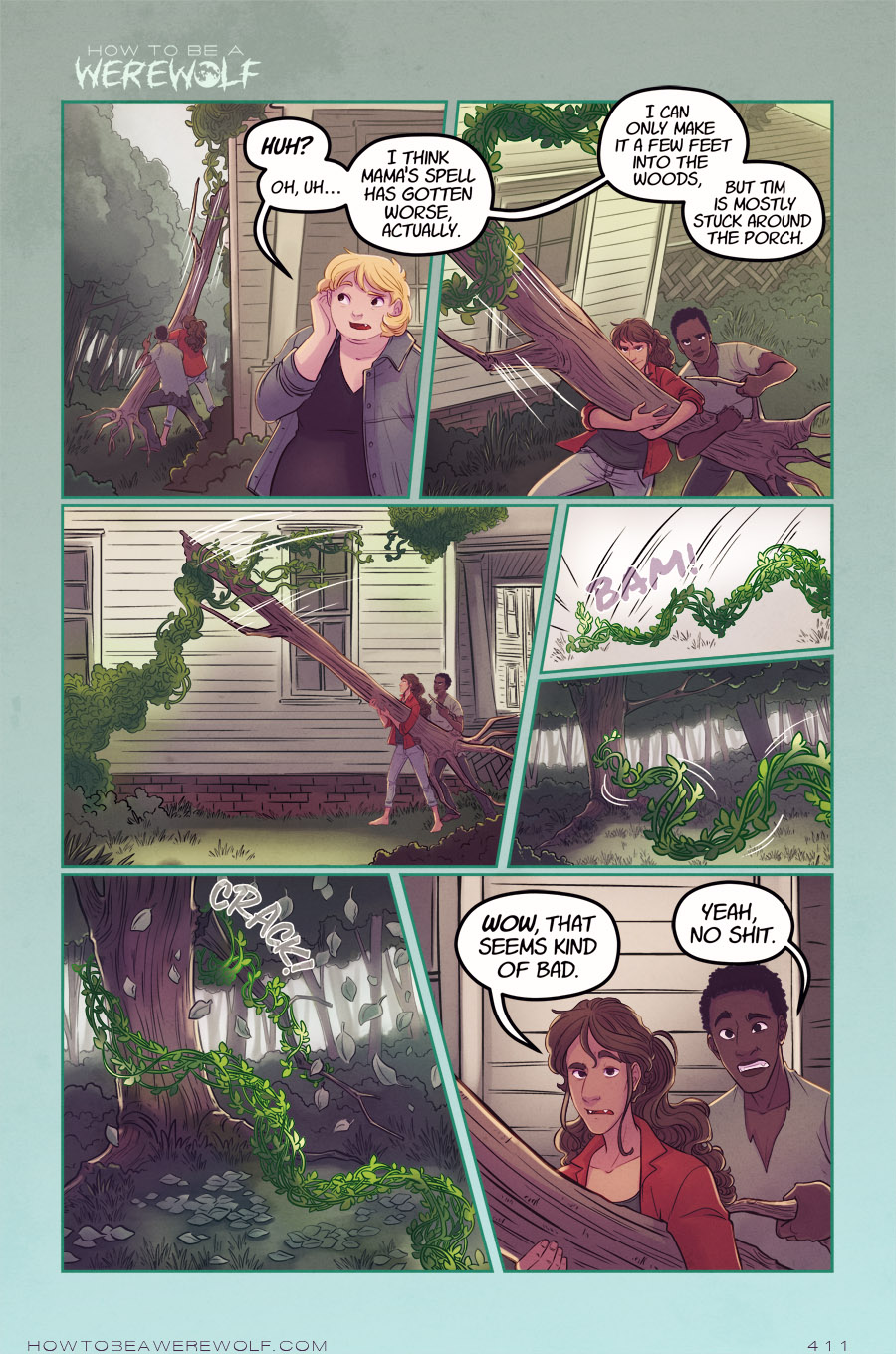 On the one hand, I came up with this page to have something easier to draw and give myself a bit of a break. On the other hand, I really like it lol. I like having the werewolf stuff come up really casually. Talking over long distances without any issues? Werewolf stuff. Grabbing a whole ass dead tree to pry things off the house? Werewolf stuff.

But I also like this page because it subtly increases the urgency. Tim is pretty much stuck on the porch. Aubrey can't get that far away now either. Everyone is at the mercy of these damn vines hopefully not getting any closer before we figure out a solution. What is that solution going to be? Who knows! That's a next chapter problem. (I do know.)

I forgot how to draw Harvey and Marcus, so apologies to them. I tried. I was trying to show that Marcus's hair is getting longer since they're trapped outside the house now and he can't trim it, but it's hard to draw his curly hair longer. All the grey lines I usually use just made him look like an old man, so I took out most of the detail and now it looks pretty good. His hair will probably get longer, and a few of the ladies will probably get hair cuts eventually. Gotta mix it up!

ETA: I mostly fixed the tree limb that Marcus is holding onto! I was kind of inconsistent when drawing the tree, but it's better though not perfect lol