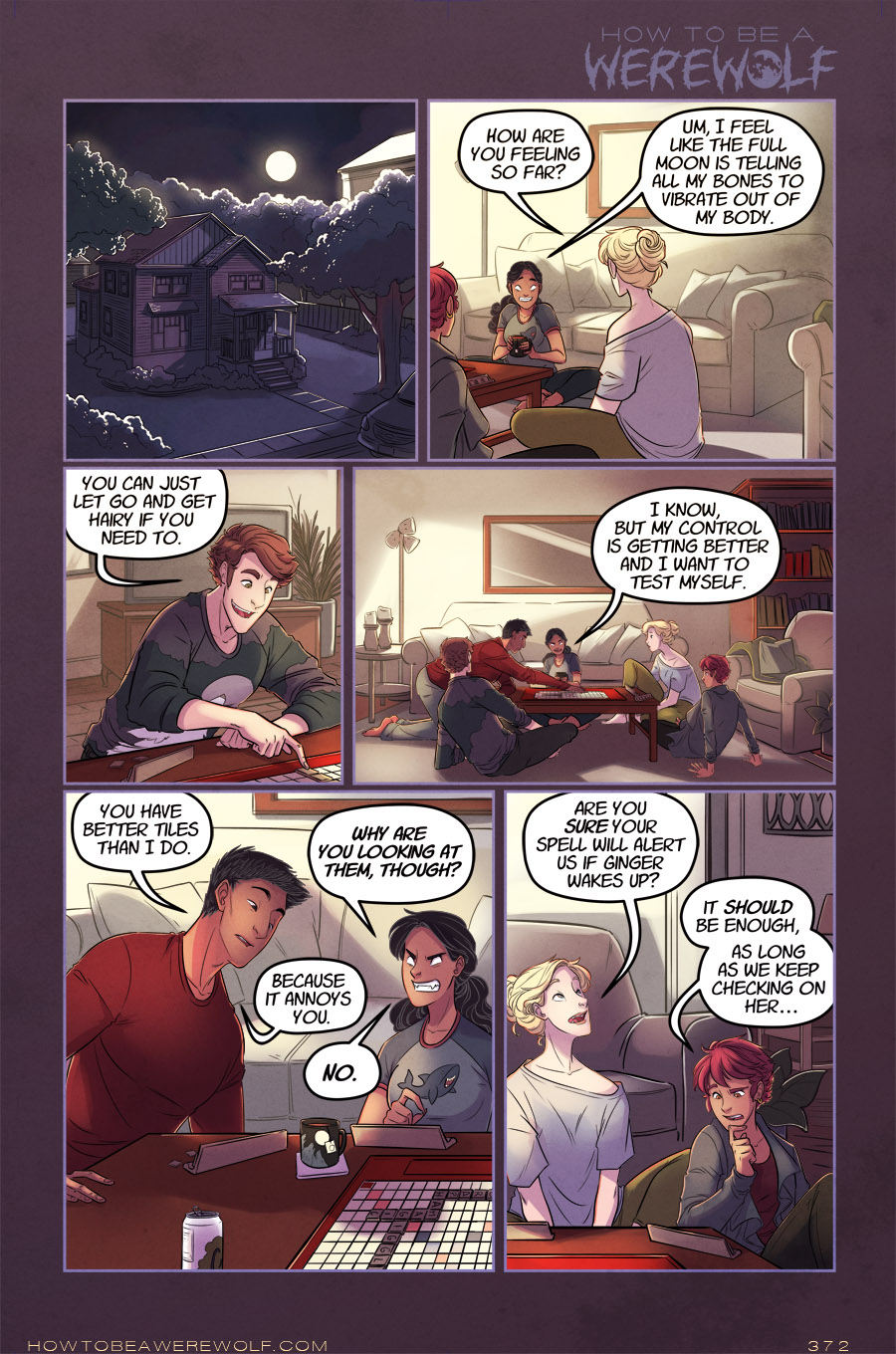 Vote over at TWC and you can see this week’s thumbnails! Because that’s all I really have to offer lol

Well, she’s not as hairy as she has been on past full moons, but that doesn’t mean Malaya isn’t seconds away from murdering her brother. (Or anyone else.)

This page features a familiar sweatshirt from last chapter (though I couldn’t fit the “Howl you doin’?” bit on there because of Elias’s position on this page, but I’ll make sure we see it in its full glory soon), as well as the outside of Marin and Marisa’s house, which I haven’t had to draw since page 50. PAGE 50. 90% of the reason yesterday’s page was uncomplicated is because this page ended up taking so long. Let’s put five people on one page, and add a background to every panel! Sure! No problem.

Anyway, I’m sure nothing will go wrong relying on a spell to alert them if Ginger has woken up. They’ve gotten a little complacent watching her not move for almost two weeks. On a side note, I originally was just going to rely on the werewolves to hear if Ginger moves around, but there are enough soundproofing wards up that would complicate things. (Though not enough, based on Elias’s complaint from some other page…I forgot which one though.)