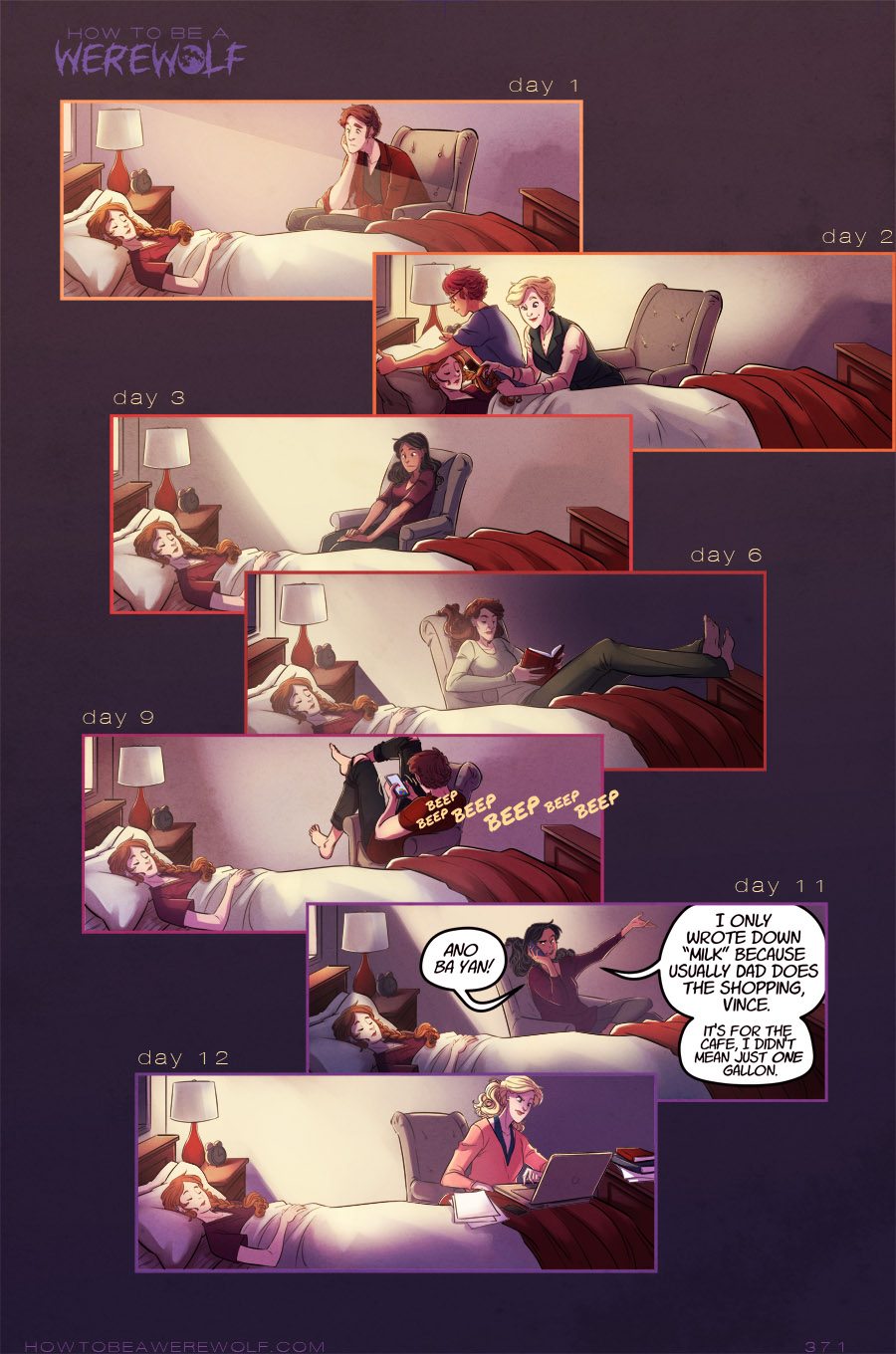 Vote over at TWC and you can see a familiar sweater for tomorrow’s page.

I like when I can just show time progressing and let you guys fill in the details. Before anyone asks, they’ve been putting effort in to figure out how to help Aubrey’s pack, but this isn’t a movie where the solution jumps out five minutes later. We’ll get an update on how Aubrey and co. have been doing in the next chapter. (As this is a comic, and I cannot show you everything that is happening simultaneously, much to my lament.)

Okay, I’ll let you guys drag whatever you want out of this page! “Ano ba yan!” is a fun, multipurpose Tagalog phrase, which is a shortened version of “ano ba iyan”, or roughly translated: “what is this?” When said in exasperation, it comes across more as “what the hell?” (Though if the internet has lied to me, feel free to fill in my knowledge here.)

I have a ton of work to finish on tomorrow’s page, because it’s been a very busy last few weeks as far as local political stuff goes. I have a fundraiser to help with and decorate on Thursday, so I’ve gotta whip up some fast desserts for that. My current plan is blue rice crispie treats, cream cheese filled strawberries dipped in chocolate, and spinach artichoke dip. So basically, nothing that requires real cooking, but stuff that has general appeal and is absolutely bad for you.