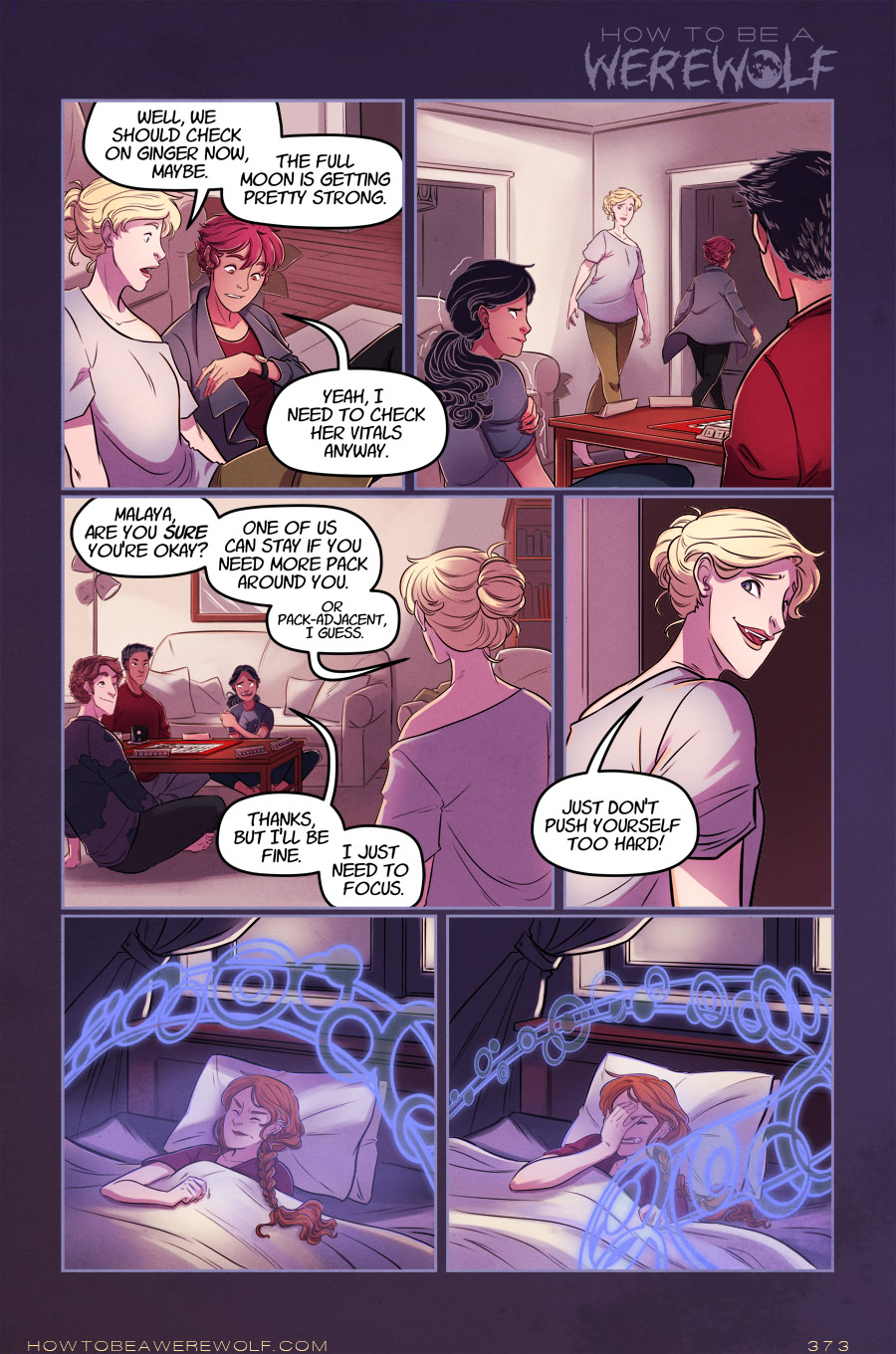 Announcement! I’ll be relaunching the website next week using Hiveworks’ comic platform thing. If you subscribe to these posts, you’ll be getting a different email because the current subscription service works through WordPress. (I have no idea how reliable it is, though.) So, I’ll be importing all those subscriptions over to MailChimp and manually sending update reminders. If you have any objection to that, let me know and I’ll take you off the subscriber list!I know my packs in this story aren’t particularly clear cut, if only because everyone tends to overlap a bit. Marin isn’t technically part of Malaya’s pack, though. Malaya’s pack is herself and her human family, and now Elias. (Although that’s not written in stone or anything. He’s probably still “registered” as being part of Sara’s pack, to whatever extent werewolves care to track these things from council to council.) All of these werewolves (except Tom, I guess) can be traced back to Ziva in various ways, but that doesn’t necessarily make them pack. Who you’re bitten by doesn’t determine pack, because pack is basically your family unit. Malaya never knew anything about Ziva (who was possessed by Connie at the time), thus Ziva is not family and not really pack. Pack-adjacent is the best way I’ve come up with to describe it. It’s like how your third cousin is technically your family, but also far enough removed from you genetically that you could marry them. Or more probably, never know who they are. (Your third cousins would be the children of your 2nd cousin twice removed — the great grandchildren of your great grandparents’ siblings…yeah.)Anyway, the full moon seems like it finally is getting to Ginger, so that’ll be fun for everyone! There are four more pages in this chapter, so two more weeks. Then I will post the chapter cover the week after that, but probably no pages. I know I generally jump right into the next chapter, but I need to wrap my head around chapter 10 a bit better to give Malaya’s part of the story more structure. But hey, Chapter 10 is mostly about Elias and Vincent, so that’ll be cool! And um, some things you guys aren’t going to see coming, so that’ll be cool for me :D.