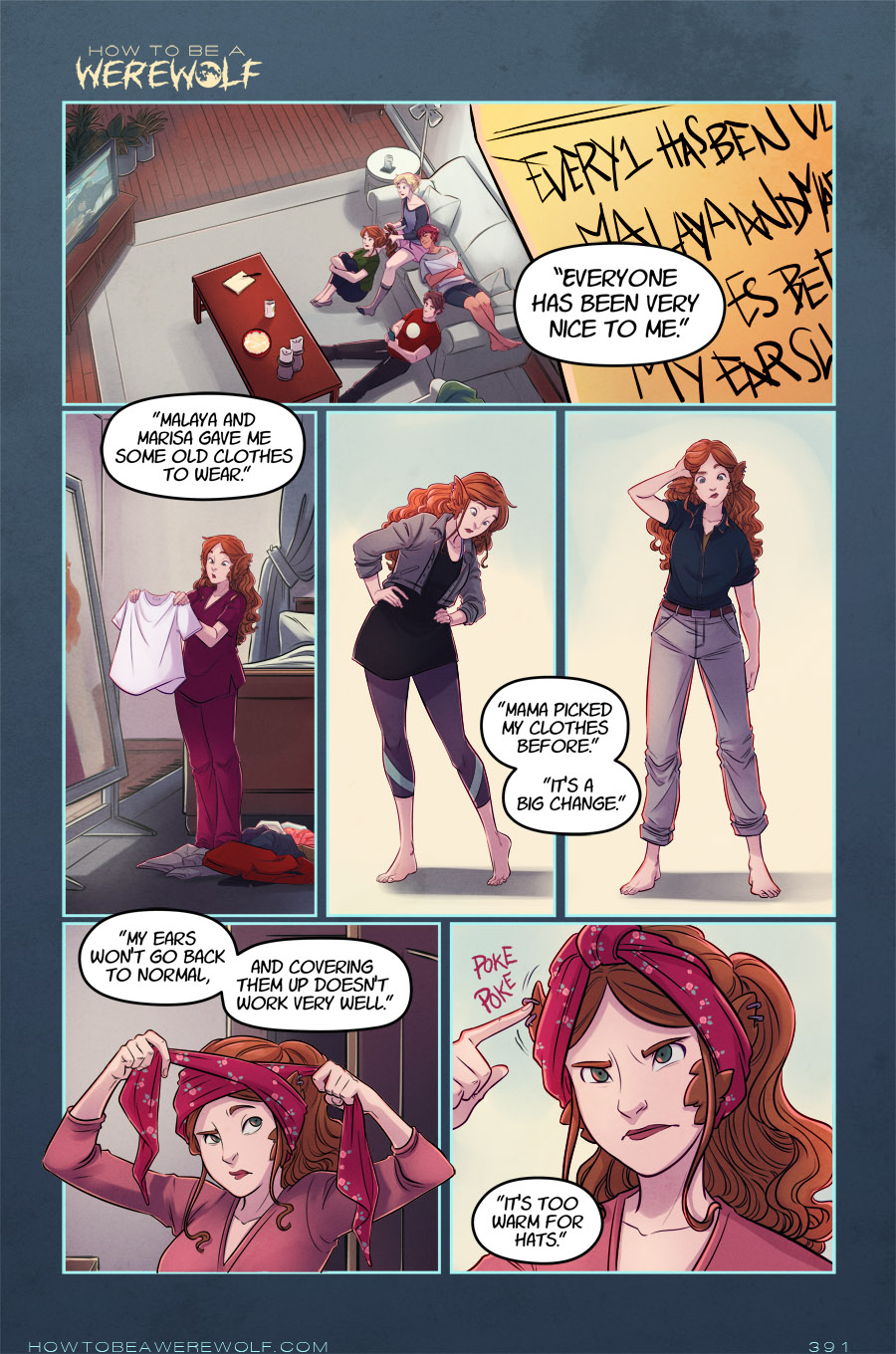 Vote over at TWC and you can see a drawing of Harley Quinn I'm working on, because I took a vacation and now drawing doesn't make me die inside yay!

Every chapter of this comic ends up swinging back and forth between cute and horrifying, which also describes me as a person, so I think I'm doing well.

Fashion seems like an easy place to start with Ginger, because Connie tended to control that aspect of her life generally. A lot of times in cases of narcissistic abuse, you'll end up with the Golden Child who can do no wrong, but the abuse really just manifests in different ways. Abusers like people who don't push back on their controlling nature, but that also means they can end up raising very childlike adults who can't function independently. Ginger never really bought into Connie's control, but she went along with it to keep things easy, and now she has to figure out who she is as an independent person (and a werewolf). I probably don't have time to develop her journey as much as Malaya's, but they run somewhat parallel. Ginger is younger and has a lot more support from the get go, so she's not quite in the same place.

Thanks for being chill about only getting one page last week and this week, guys! (This will also be the case at Christmas.) I really needed the break, and I feel a lot more clearheaded. Granted, it wasn't much of a vacation, because I still had to drive for four days total, but spending time with Gramma and her pigeons was nice. I ended up in a blizzard coming home, which I don't recommend, but my little car stayed glued to the road and I stayed glued to it, so all is well. I think that drive took a year off my life, though.