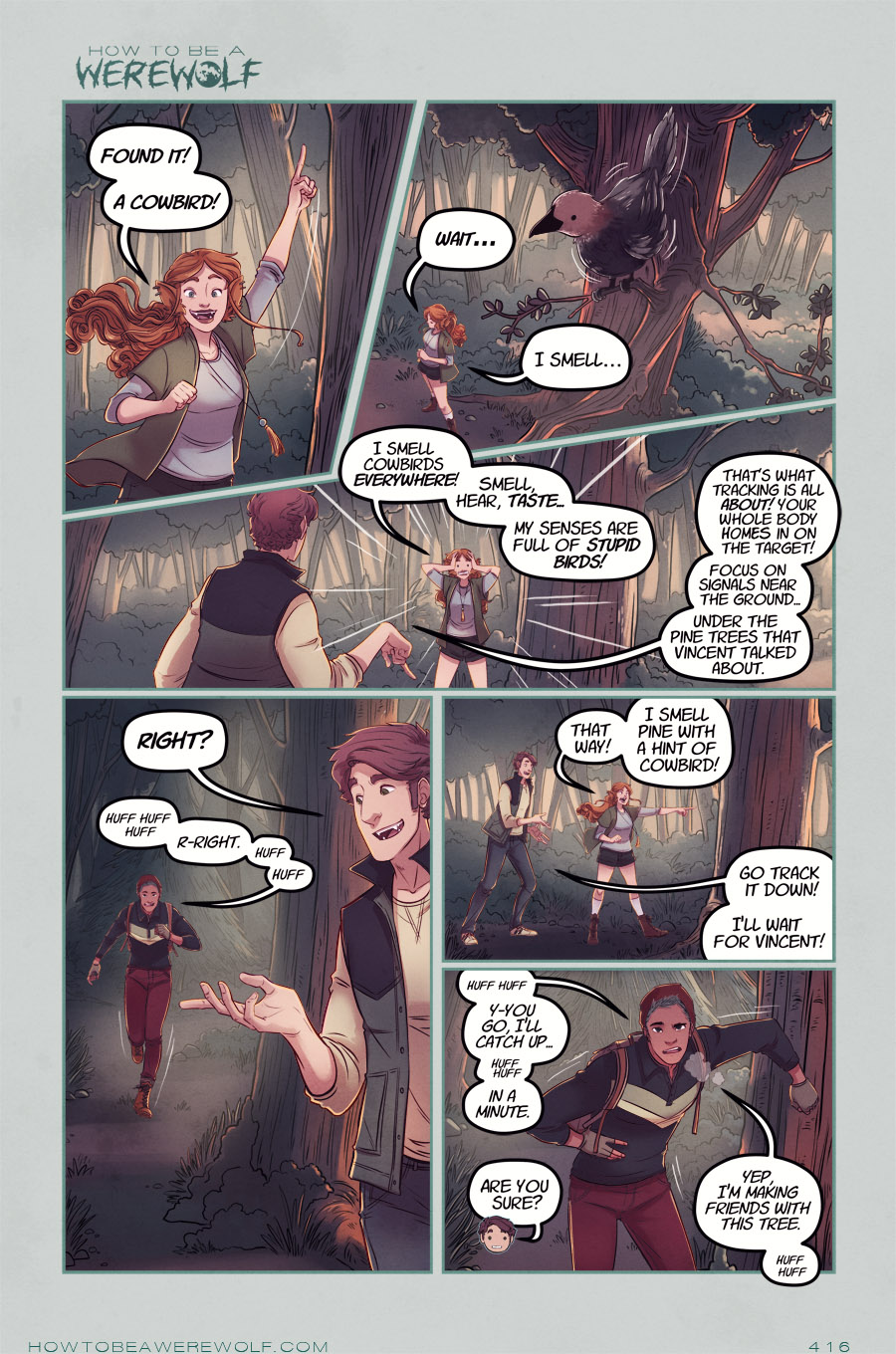 Vincent wasn't expecting to get this much exercise on his bird watching date
Posted March 5, 2019 at 10:52 am

Vote over at TWC and you can see what Vincent thinks of werewolves and running. And shirts.

I think the biggest issue I have, even after like 2 years of coloring these pages, is that getting a page to look harmonious as far as the colors go is a pain in the ass! I ended up finding some art I liked on Pinterest and used those inspiration images to build a nice palette for this page, kind of modifying the colors from the last time we saw these guys, but at the end of the day...there are just a lot of elements on a comic page that you don't have to contend with in a standalone piece of artwork.

I've handled this issue by mostly just blurring the fuck out of the background. Maybe one day I'll come up with an alternative method, but it's worked for me for a long time now, so...probably not lol.

Then there's the fun issue where I color everything in Clip Studio, it looks pretty good...and then I bring it to Photoshop and everything looks darker and kind of grey. Cool! So then I have to mess around with the colors even more. I like the end result of this page, though. The blue green for the trees was a lot more vibrant initially, but this works.

Okay, I'm off! Today is Fat Tuesday, aka Paczki Day! Which is my favorite day, because that means spring is around the corner. Paczki are very fattening Polish donuts. Sometimes they're cream or fruit filled, sometimes they're chopped in half with the filling sandwiched between. They're essentially the same as a Bismarck or Berliner donut, though I think there's more fat in a paczki. The idea is they're made with all the leftover lard in the pantry before Lent. I know nothing about all that, because I'm not Catholic and I refuse to give up shit. I just want to eat donuts in anticipation of spring yaaaaaay.